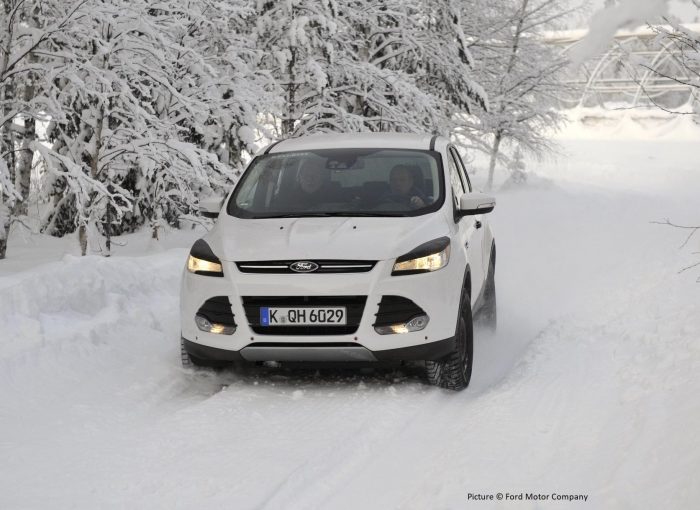 Driving in snow can be tricky for even the most experienced driver. For starters, unlike the Nordic countries, we’re not used to it. Plus hardly any of our cars have winter tyres. And roads often aren’t properly cleared or gritted. The advice from authorities is usually don’t drive unless you have to. Not much use if you do have to get somewhere so here are some tips to help you cope.

Is an automatic any harder than a manual?

The driver does have less input on the car’s controls. But it needn’t be impossible. First of all, know your vehicle. Some autos have a winter mode that alters the gearbox’s shift pattern. Older autos have an L and 2 on the gearshift. Put the car in 2. Alternatively, if your auto has a manual option, select 2nd to pull away in. Doing either of these will reduce the revs and make your car’s wheels less likely to spin.

Be gentle with the controls

As soon as you’ve got moving, select a higher gear. Again, this is so that your wheels don’t spin. Try to make all your inputs as gentle as possible. Don’t yank the steering wheel or stamp on pedals. Accelerate gently and for corners make sure you’ve done your braking before you start turning the steering wheel. If you feel the car ploughing straight on, don’t panic and jump on the brake. Stop accelerating and the car should come back into line.

When driving on a snowy road, it might make sense to follow other drivers’ wheel tracks as you might on a soaking surface. However, compressed snow is likely to be icy; your tyres will get more grip on fresh snow. Space is also your friend in snow. If you’re going down a hill, use a low gear and brake gently. Don’t go at the same speed as the car in front: if it hits an icy patch and skids so will you. You need to be able to stop before you hit them, or anything else. Equally when going up a hill, take a run up and try not to stop until you’ve got to the top of the incline.

Cars on regular, summer tyres require around 10 times the distance to stop on snow as they do on a dry road. Bear that in mind and don’t tailgate other drivers.

Light up your life

When snow is falling heavily, it’s similar to driving in fog so use dipped headlamps. If your car has Daytime Running Lights, don’t rely on them: they’re only on at the front and you don’t want someone to run into you from behind because they haven’t seen you.

Winter kit for your car?

In an ideal world, every driver would have winter tyres, just as they do in Nordic countries and Germany. Read this to see if you think it’s worth buying winter tyres. You might also want to prepare for driving in snow by carrying some winter kit. Here’s a handy list of things you should keep in your car when it snows.