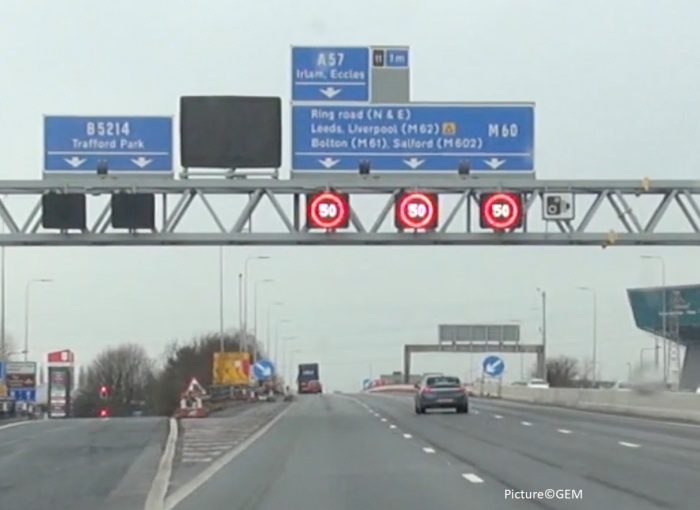 The government has invested billions of pounds in the smart motorways scheme. The idea is to increase motorway capacity without going to the expense and disruption of building extra carriageways. Instead, when it’s required to easy heavy traffic flow, the hard shoulder can be opened to traffic with cameras monitoring it. If it needs to be closed because of a broken-down car, lights on overhead gantries show drivers a red cross.

Are they really smart?

Just because something has a clever name doesn’t make it something it can never be. The term smart motorway implies intelligent sensors in the tarmac and some kind of instant computerised monitoring system for ensuring drivers’ safety.

The truth is very different. There are cameras on gantries – nothing particularly new there – but they’re monitored by people in front of banks of screens. And there are variable speed limits, which is just a clumsy excuse for introducing more (revenue raising) speed cameras.

Do they keep drivers safe?

An increasing body of information is building that smart motorways aren’t particularly safe at all. As the hard shoulder is in use, smart motorways have refuges for broken-down cars to stop in. These are safer for people than hard shoulders. The trouble is, if your car conks out, you’ll be very lucky if it’s by a refuge, given that these are between one and one and a half miles apart. A recent report by Highways England found that drivers are three times more likely to break down in an active running lane on a smart motorway than on a regular one.

What about the monitoring?

On many stretches of smart motorways, the CCTV operators have been found to take up to 20 minutes to identify a broken-down vehicle. That’s not very reassuring if you’re sitting in your stranded car with approaching HGVs who may only realise you’re not moving at the last minute. And when the CCTV operators do realise that you’re there, all they can do is illuminate a large red cross on the gantry above.

As with many things in 21st Century Britain, it’s to do with money and thinking ahead. In an ideal world, motorways such as the M25 would have been built wider. At the very least, now they’re woefully inadequate, they’d have extra lanes added to them.

It’s also to do with the distance between refuges – probably another money-saving measure. Three years ago, a Commons Transport Committee report suggested there needed to be more refuges that were closer together. That still hasn’t happened.

AA president Edmund King has been particularly vociferous on this subject. He told the Daily Telegraph: “From the outset we have told ministers and Highways England we need more emergency refuge areas. The calls we listen to from members broken down in live lanes, praying they won’t be hit, are harrowing. The current system is an accident waiting to happen.”

How to stay safe on a smart motorway

If you can, make it to a refuge. These are shown by blue signs with an orange SOS telephone symbol. If you can’t get to one of these, come to a stop in the left-hand lane if you can and put your hazard lights on. If it’s unsafe to get out of your car, stay in the vehicle with the seatbelts on and dial 999. Hopefully, the lane will then be closed. The control room will send a traffic officer or police to rescue you.

The best way to stay safe is to avoid breaking down altogether. If you think your car might be on the verge of a breakdown or you’re running low on fuel, leave the motorway as soon as you can.