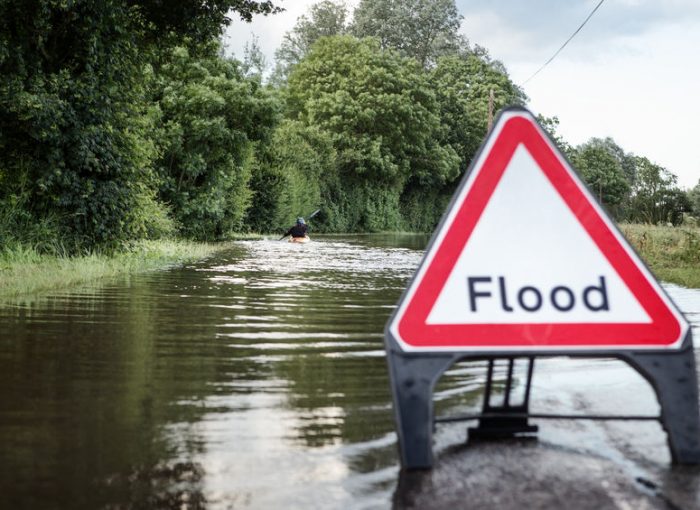 How deep is too deep?

When you drive through floods it’s important to know the depth of the water. For that to be any use, you need to know how much water your car can safely drive through. That’s to the bottom of the door and on most cars, it’s probably not as deep as you think.

Depending on the size of wheels a car has, a small family hatchback will probably have about 250mm clearance between the ground and the bottom of its doors. If you drive through a flood that comes up to the middle of the wheels (approx. 300mm), it’ll be well over the bottom of the doors. And if you have to spend any length of time in the flood, water will lap at your feet.

The bigger the car, the higher the door sills will be from the ground. A Land Rover Discovery 4 has 185mm of ground clearance but 485mm to the bottom of the door sills.

For a regular car, around 300mm of water is enough for it to stop displacing water and start floating. And once water starts to carry a car, you’ve lost control and your fate is in the hands of nature.

The AA’s advice is to avoid driving through flood water and find an alternative route if you can. And NEVER drive through moving water such as a flooded ford.

Know how deep a flood is?

Unless you get out with a ruler and Wellington boots to work it out, you won’t know. But you can get a rough idea. First pull in where it’s safe to do so and watch other cars going through it. If the water at the sides is lapping against the bottom of their doors, it’s too deep.

How to drive through flood water

We’ve already done a blog on how to drive on flooded roads here. First of all, don’t go too fast. The quicker you go, the more likely you are to cause the water to rush back and overwhelm your car, or worse, rush into the engine compartment through the radiator.

Instead, you want to go at a steady speed, about 10 or 15mph. For this, use first gear and high revs. You don’t want there to be any chance of the engine stalling.

Going at a relatively slow speed will cause your car to create a bow wave ahead of you. You will then be able to drive through water that’s actually slightly shallower than if it’s still.

Try to be the only car in the flood

There are two reasons for this. First cars coming from the opposite direction will be pushing the water ahead of them and you can get caught up in this. Your bow wave will clash with theirs causing the water to become choppy and more likely to flood your car.

The other reason is that roads aren’t built to be flat. They have what’s known as a camber. This is where one part of the road is higher than the other. Usually, to enable water to drain away to the edges, the centre of the road is the highest point. This means that if the road is flooded, the water will be at its shallowest in the centre and deeper at the edges. Ideally you want to drive in the centre.

If your engine does become waterlogged and stall, don’t attempt to restart it. You will do more harm than good by circulating water round the moving parts. Instead, call for help from a safe place.