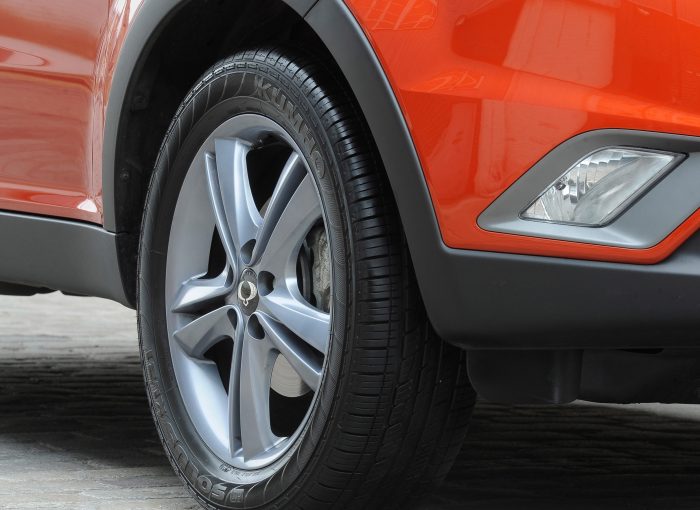 It’s a dilemma in the UK. Our climate is usually so… boring that normal summer tyres will do the trick all year. Except when they don’t. There will be occasions when normal tyres simply don’t have enough grip – usually when it’s snowy. But for those couple of days, do you really need winter tyres? Probably not and there is an alternative.

These are designed to do as the name suggests. They’re supposed to work all year round. Depending on which manufacturer’s product you go for, they’ll be summer tyres with some winter tyre properties built into them, or winter-oriented tyres with summer properties. Watch this film to see how they perform.

What you should look for

Presumably you’re buying an all-season tyre so that when it snows you’re not flailing around, wheels spinning, going nowhere. Therefore, you need a tyre that has the three peaks with a snow flake symbol stamped on the side of the tyre. This is an official European Union marking that denotes a minimum level of grip on snow.

What an all season tyre does

It is designed to find grip on snow and cold, slippery roads as well as performing in warmer weather. It must be able to displace water efficiently during heavy summer downpours. But it should also still enable the driver to enjoy themselves at the wheel when the weather warms up. This is often impossible on winter tyres because they’re made of softer rubber. This might help them to find grip when the temperature falls but in warm weather they can feel squidgy and make the car feel unresponsive on the road.

How all season tyres work

All season tyres will use a special blend of components, usually called a compound. This will have certain winter properties in it that will vary depending on the manufacturer. An all season tyre will also have sipes or small grooves in the tyre that are similar to those on winter tyres; it just won’t have as many. These sipes are what helps it grip onto freezing surfaces.

Which are the good ones?

According to independent testers at Auto Express, Continental’s AllSeasonContact tyre is the best. They said: “This felt good to drive with characteristics more akin to a summer tyre than the softness of a winter or snow-focused all-season.”

What are the benefits of all season tyres

Quite simply you won’t have to swap tyres when the weather changes. The ideal scenario is to put winter tyres on in December and change back to summer tyres at the end of March. But we don’t all have the resources for that: money and somewhere to store the unused wheels/tyres. With all season tyres, you can buy one set of tyres and you’ll know that your car will be able to cope with all but the most extreme conditions. And as we know, for the vast majority of us in the UK, that will be just fine.