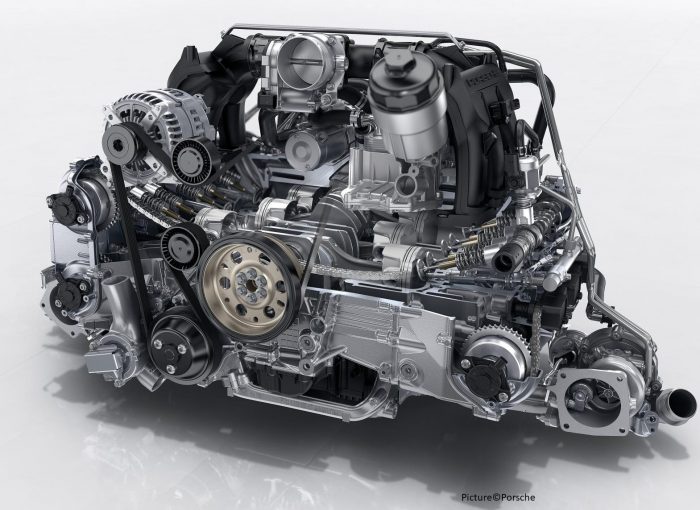 There are multiple reasons for any engine power loss. The modern car engine is a hugely complex thing as the image above shows. But chances are, any power loss is something to do with how the fuel and air is being mixed, compressed and burnt in the engine. While that sounds very simple, multiple factors might be causing it.

The car in question is an Audi A3 fitted with the German firm’s 1.6-litre TDI turbo diesel engine. The reader says they don’t really notice the loss of power around town. It’s only when they accelerate hard on the open road.

The turbocharger is a way of increasing the engine’s power. It uses exhaust gases to power a turbine which forces air into the engine where it mixes with fuel to be burnt. Why we’ve put this first is because you mention you only notice the power loss when accelerating at speed. This is when turbos do most of their work.

The concept sounds simple but turbochargers are complicated bits of kit. They have pipework that can get blocked or leak. This results in a loss of pressure and therefore power.

Turbos also feature sensors. These feed information to the engine control unit which decides how much fuel needs to be delivered and what the fuel-to-air ratio should be. But the sensors can fail or give false readings, meaning again, the turbo doesn’t function as it should.

It could well be fuel flow

To function correctly, an engine needs to have fuel delivered when it’s required. Perhaps the fuel filter is clogged. Simply speaking, the fuel pump will be working away but won’t have the fuel it needs to feed the engine.

Alternatively, the fuel pump might not be doing its job properly. Or one of the fuel lines might be blocked. Or again, there might be a sensor problem so the engine’s computer isn’t delivering the right amount of fuel.

As it’s a diesel, check the DPF

The Diesel Particulate Filter (DPF) is a feature of the modern diesel engine. If you’re just doing short journeys at low speed, the DPF can get clogged up. The reason for this is it’s catching all the particulates but never getting hot enough to ‘regenerate’. This is when the DPF burns off the stuff that it’s caught.

When the DPF gets blocked it chokes the exhaust and can cause engine power loss. However, there should be a warning light showing on the dashboard if the DPF does need attention.

We’ve already suggested that there might be a sensor problem. This shouldn’t be underestimated. The modern engine has more than 100 sensors measuring and relaying all sorts of information to the main computer (ECU).

These sensors monitor the air flow, the position of components such as the camshaft and crankshaft, and even exhaust emissions among other things. If a sensor is malfunctioning, the engine’s computer will be getting duff information and your engine may be being strangled of power.

Take it to a technician

Without stating the bleeding obvious, if there’s any engine power loss, the car should be taken to a technician. The reason being that it’s unlikely to get better of its own accord suddenly. And you probably don’t want to be left stranded at the roadside or have neglect turning what might be a simple and cheap fix into something that’s expensive and complicated. Alternatively, you could invest in a diagnostic tool and try to figure out what the problem is yourself.