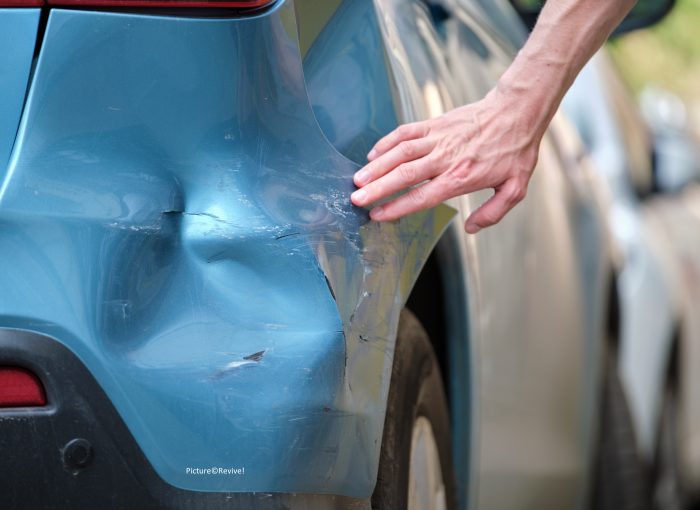 Our reader was exiting a multi-storey. To do so he had to drive up a slope and turn right. When he got to the top of the slope, a car apparently ignored the give way signpost and markings on the floor facing them and drove into our reader’s car. That driver is now claiming they’re not liable, despite causing £320 worth of damage to our reader’s car.

The clue about the importance of give way signs is on the sign itself. A red triangle indicates that the sign is giving a regulatory order. The order is that the driver must stop (that is give way) unless the road the junction leads into is clear and it’s safe to proceed.

Give way is different to stop

If there is a stop sign at a junction, cars approaching it are legally obliged to stop whatever the traffic on the road the junction turns into. If you approach a give way sign and there are no cars or pedestrians on the road you’re turning into, you can continue on your way without stopping, assuming it’s safe to do so.

But what about on private land?

The basic rules of the road do still apply but there’s a degree of vagueness. That’s because for signs to be enforceable, they must be backed up by a Traffic Regulation Order (TRO). In addition, the signs should be the right size and have the correct warnings painted on the road.

But TROs are dished out by local authorities and they can’t make signs enforceable if they’re not on ‘roads’. So in this case, the signpost is unlikely to be enforceable.

So who is to blame?

This is a tricky one. As both cars are moving, there is an argument that says both drivers should bear some of the blame.

On the other hand, it was your right of way and they drove into you. That makes it the other driver’s fault.

It seems to us that the driver who crashed into you probably knows that the give way signs aren’t enforceable. And they know they should really have given way as by any normal measure, it was your right of way. By saying they’re not to blame, they’re hoping you’re going to go away.

Whether you claim or not depends on the evidence you have. In an ideal world, you’ll have used your phone to take pictures of the surroundings. This would include the signposts and how visible or not they are.

If you have such pictures, we’d get in touch with our insurer and furnish them with as much detail as you have. By doing this, you’re effectively making it their problem. And if the other driver is uninsured, your insurer will have to pay out regardless.

On the other hand, although £320 is an annoying amount, is it a worthwhile amount to lose your no claims bonus over? We’d suggest probably not.