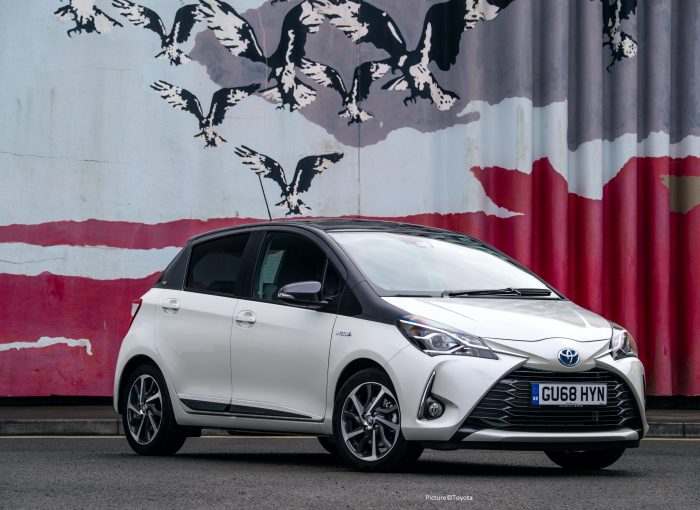 The Toyota Yaris has been a mainstay of the small car market for more than 20 years now. It’s always been on the quirky side and thousands of buyers have fallen for its charms when looking for something different to the regular Ford Fiesta, Vauxhall Corsa or Volkswagen Polo that dominate the market for this size of car.

The Yaris is a popular car

The Toyota Yaris has always been popular and it remains so, largely because it’s one of the few small cars to be available as a hybrid. The fact that the third generation of car we’re talking about has been on sale for nine years means there should be plenty of choice out there. We’ve given ourselves a pretend budget of £13,000 for the five-door hatch.

For our budget we were rather spoilt for choice. There are plenty of 2018 68-reg cars around and even some 2019 models. The vast majority were one-owner, sub-20k mile, petrol-powered cars that were well specified. It means you don’t have to settle for the first one that comes along. Diesel variants are available but they stopped selling them in 2017.

Which is the best Yaris to buy?

This really depends if you want to drive a petrol-electric hybrid or not. And it depends what you want it for. We’d ignore the 1.0-litre VVT-i as it feels a bit sluggish. However the 1.5 VVT-i, although not exactly sporty, is a peppier performer than the 1.3 it replaced.

We’d give the entry-level Active model a miss and go for the Icon, Icon Tech or Bi-Tone as they’re better equipped. And for a small car, they are amazingly well kitted out with air con, sat nav and a reversing camera.

What the Yaris does well

That Toyotas have bullet-proof reliability is a given. So you should expect nothing less from your Toyota Yaris. The seats are very comfortable and there’s a handy amount of space in the rear. Back seat passengers benefit from sitting higher than those in the front.

On the move the Yaris is a manoeuvrable little car with excellent visibility making it a brilliant car for round town. The boot isn’t the biggest in its class but it’s very usable. And the seats fold down to give a flat load space.

The Yaris is a super-safe car too. It was awarded the top five Euro NCAP star rating. In the generation and age of car we’re looking at, the Toyota Safety Sense package was standard. That means it has autonomous emergency braking, traffic sign recognition and a full complement of airbags.

What the Yaris doesn’t do so well

It’s not so much that the Yaris does anything badly. It’s more that its rivals do things a bit better. The interior is a good example. Build quality is fine. The layout is perfectly clear, it’s just all a bit dull. And the user interface of the main screen isn’t as intuitive as others.

Inside, some drivers may struggle to get comfortable, not helped by the lack of steering wheel adjustment. But the cabin is noisy and it’s not the most relaxing place to do long journeys from.

If you’re looking to buy a Yaris you’ve made a sound choice. It’s reliable, safe and practical. It won’t please keen drivers but it’s a very easy car to live with, particularly around town. And of course, there’s a hybrid version available too.