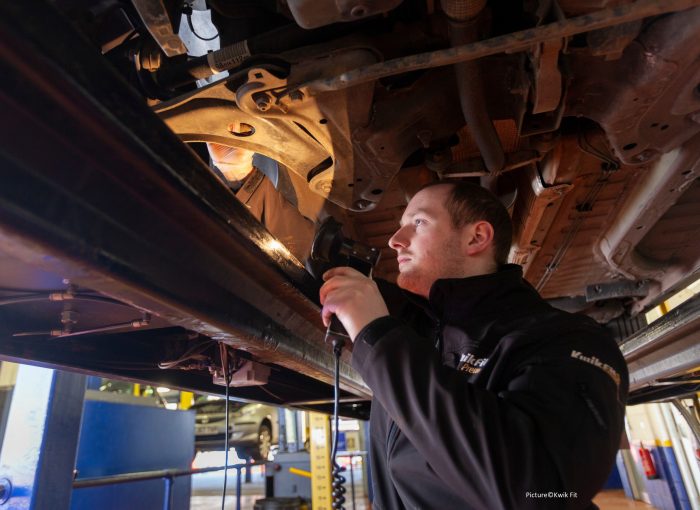 It’s true that the older cars get, the more likely they are to require expensive work. From what we understand, our reader’s Honda Accord needs a new exhaust and some work on the suspension to get it through its MOT. The question is, should they repair or replace it?

Why do cars start to go wrong?

Once a car starts to cost money to pass the annual roadworthiness check, it rarely stops. There are various reasons for this. First, no matter how well built a car is, its components have a shelf life. When some components start giving up it’s because they’ve aged, undergone thousands of miles of wear and tear and simply given up.

There is also a danger that having some components replaced will put other parts under more stress. In turn that could expose weaknesses in them and they’ll break.

The danger of having a car repaired

The repair or replace argument is tinged with emotion and natural human reserve. If you like a car, the tendency is to pay the price of the repair and get on with your life. After all, buying a new used car is frequently a pain and there’s the risk it might not be any better than the one you’ve effectively written off.

But think about this: what happens if something else breaks on your current car? When do you stop investing in it? Aside from regular wear and tear jobs such as new brake pads and discs, what happens if it needs some serious work on its engine?

Or what happens if it gets written off in a crash. You’ll get the insured value of the car which might not even be what you’ve spent on the repair.

Repair or replace the car?

If you decide against having the work done, the alternative is selling the car. The best way of doing that is privately, which can be a hassle. But we’ve got plenty of advice on how best to sell a used car.

You then need to buy a new motor. Again, we’ve got advice on how to go about this. The most important thing is to ensure that the car you buy isn’t as expensive to run as the car you’re replacing.

What you need from a new car

Think about how much you’re going to spend. Notionally, there’s what you might get from selling your existing car – which may not be much because it’ll be about to fail its MOT. But add to that the £800 you’re going to have to spend to keep it on the road.

If you can, look at buying a car that’s younger than the model you’re replacing. Also try to ensure it’s got fewer miles under its wheels. It’s not always the case, but frequently, the younger a car is and the fewer miles it’s covered, the less likely it is to cost big money to fix.

There are also some things to make certain of. Replacing brake pads and discs can be costly, as can a new set of tyres all round. So scrutinise the paperwork of any car you’re thinking about getting. Ensure that the current owner has done any major wear and tear work relatively recently.

If it was our money, we’d buy a new car. But we’d be super careful about what we bought. We’d do as much as possible to ensure it doesn’t go the way of the one we’re replacing and cost to keep on the road.