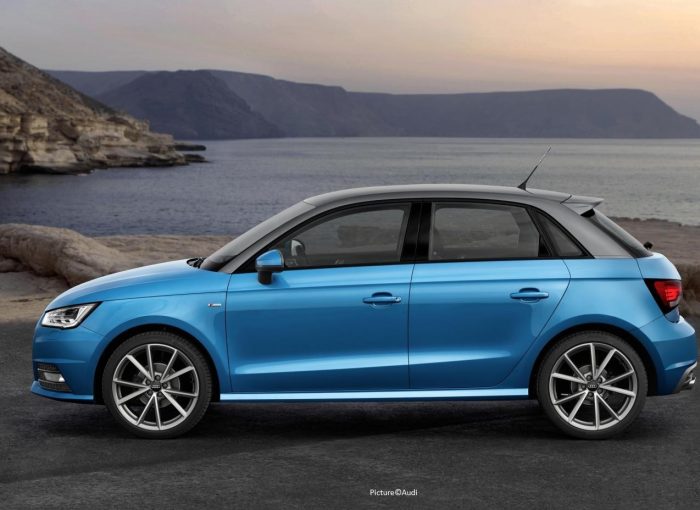 Small cars are getting ever more sophisticated and the Audi A1 is a brilliant example of this. Available in both three and five-door body shapes, it’s the upmarket alternative to the Volkswagen Polo and Skoda Fabia, with which it shares various of the bits you can’t see. But mainly, this is the only serious rival to the MINI.

What will you get for your money?

The A1 was launched in 2010 and facelifted in 2015. The latest model (the car that’s on sale new now) his showrooms in 2018. The cars we’ll be looking at are post facelift, pre-latest model. It’s worth noting that all A1s are front-wheel drive with no four-wheel drive Quattro option. There are various petrol models and just one 1.6-litre diesel.

The Audi A1 feels very grown up on the road. So much so you could be forgiven for thinking you were in a much bigger car. The steering is light and responsive around town but weights up well the faster you go. Body roll is well controlled too.

Engine noise isn’t too intrusive, even if you go for the three-cylinder 1.0-litre model which you obviously have to work a bit harder. But we’d go for the 1.4 TFSI which in its lower power 120hp form is perfectly suited to this car.

Minis are frequently likened to roller skates. The A1 is a much more refined experience. Particularly when it’s on 16-inch wheels, it’ll cope with bumps and holes in the road in a much more civilised manner than its main rival.

But be warned: the bigger the wheels the less forgiving the ride will be. In comfort terms, 16-inch wheels are best. Forget the 18-inch rims, unless you’re desperate for the visual appeal it gives the car.

Which model to look out for

We’d avoid the diesel. We don’t think it suits the feel of a small car like the A1. And unless you drive a lot of miles, you may well run into DPF problems. The 1.4 TFSI is the perfect compromise for a car this size. It’s quiet at speed thanks to a sixth gear and has plenty enough performance.

The A1 is a well-equipped car. Even the entry-level SE car comes with parking sensors, cruise control, air conditioning and power mirrors. The Sport has 16 rather than 15-inch wheels and you get Bluetooth and USB connectivity. We’d avoid the sportier S-Line models with the bigger wheels.

Whichever model you go for you’ll be buying a car with the kind of interior that some owners of far more expensive motors can only dream of. We’d go for the 1.4 TFSI Sport as we believe this to be the best overall compromise.

One thing: check which suspension the car has. Sport suspension was a no-cost option for the Sport model so check whether any car you’re looking at had this added in place of standard springs. Some may find Sport too unforgiving to live with.