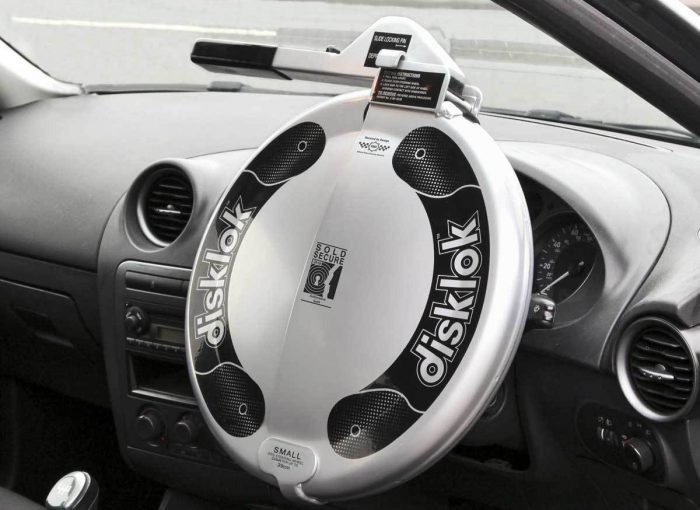 A lot of drivers are going old school with their security, reverting to steering-wheel locks out of fear that crooks have found a way past more high-tech security devices. Here we look at three of the best on the market, as decided by independent reviewers.

Why a steering-wheel lock?

Car security has advanced to the point where it’s actually quite simple for crooks to nick cars again. The steering wheel lock might be old school but it just might provide enough of a deterrent for criminals to move on to a softer target.

Things to look out for

As with most things in life you frequently get what you pay for with a steering-wheel lock. The more expensive it is, the tougher steel it’s likely to be made of. And the more likely it is to have a higher quality lock that will be tamper resistant.

Check that a lock has been approved by Thatcham Research. This was established by the motor insurance industry and tests security devices.

No lock will stand up to a prolonged assault using power tools such as an angle grinder. But you want a device that can’t be bent off the wheel or have its lock smashed with a hammer and chisel. 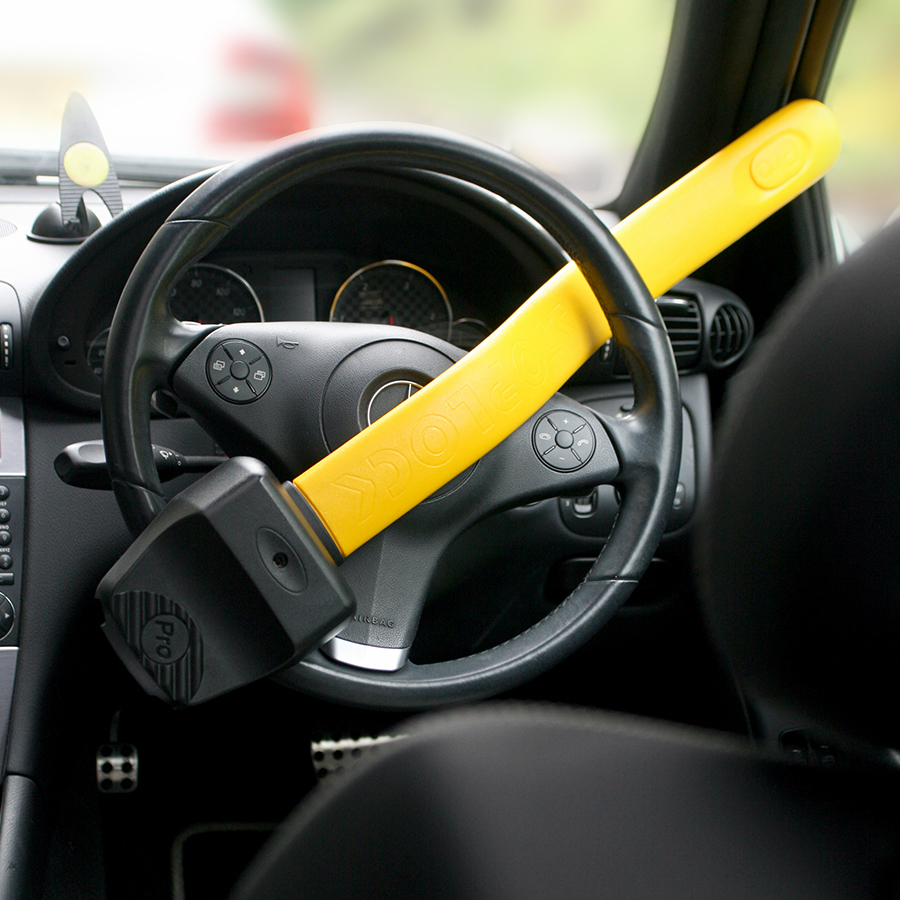 For a good all-rounder, Stoplock Pro represents a decent compromise between ease of use, toughness and cost. It’s essentially an arm that locks to the rim of the steering wheel and covers the centre hub so you can’t turn the wheel, even if you do have the car’s key.

It’s also easy to see so crooks who know what they’re about are likely to ignore a car fitted with one. Testers at Auto Express rate the Stoplock Pro highly saying it’s easy to use and simple to store when you’re driving. But the thing they liked most about it was the fact that it proved impossible to defeat.

The Disklok (main picture, top) might be expensive but it’s almost impossible to get past as well. Probably the reason why it’s Thatcham approved and endorsed. It’s designed to cover the steering wheel with a tough metal sheath and locks that are impossible to pick. There are various sizes available: just be sure you get one that fits your car.

That said, the Disklok does have other downsides. It’s heavy and some users find it fiddly to fit. And there’s quite a lot of it so if you’re not travelling alone, you’ll probably have to store it in the boot, which adds another layer of hassle to protecting your car. 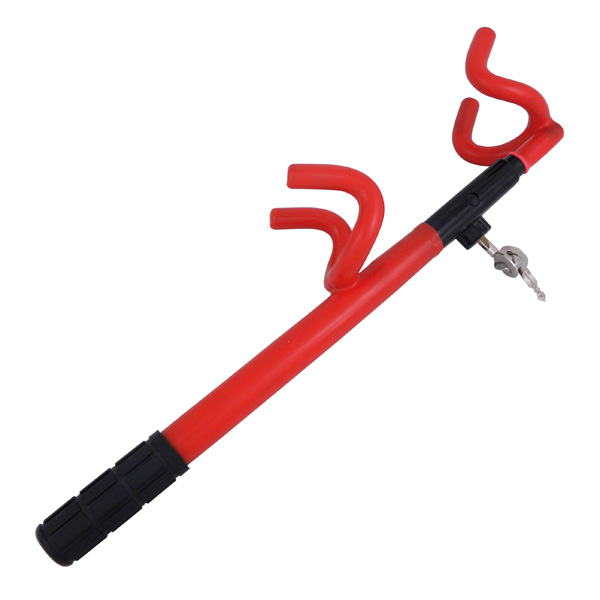 This hooks through the steering wheel, then you expand it so that it locks onto the opposite edge of the wheel, covering the centre hub. Fitting is straightforward and it’s easy to store when it’s not in use. However, testers did find that it could be beaten relatively easily once they’d figured out its weak spot.

Testers also believe that it would be easy to get past this one by cutting the steering wheel, a trick thieves have been known to deploy. Despite that, it is better than nothing and it is also very affordable.