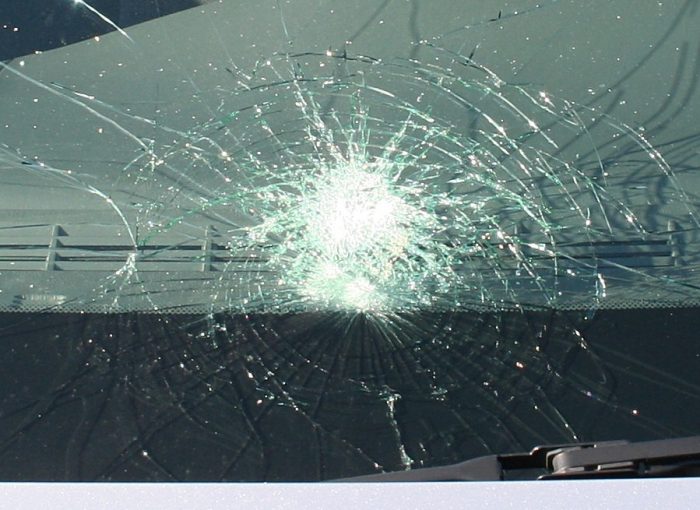 Your car will already have laminated glass in the windscreen. But now it’s being used increasingly in the side windows. Is this a feature that’s worth looking out for? We investigate.

What is laminated glass?

Laminated glass is designed to hold together when it shatters. It does this because it has a layer of poly vinyl butryal (PVB) in between two pieces of glass. Under pressure and heat, the sheets of glass are bonded to this clear resin. It then sticks to the glass on either side of it, preventing it splintering.

In an impact, the windscreen will still shatter but it will stay in one piece. The laminating process makes the windscreen much tougher than regular glass. This enables the windscreen to be a structural part of the car. It also means that when the passenger airbag deploys, it can bounce off the windscreen as it comes out of the dashboard to inflate.

Where is laminated glass used in a car?

From 1927, laminated glass has been used in car windscreens to help reduce injuries to the car’s occupants. It is now increasingly used on the side windows of new cars. This is because it has sound insulating properties – a bit like double glazing – something which is important as more cars than ever employ near-silent electric motors.

What are side windows currently made of?

The side and rear windows of most cars are made from tempered or safety glass. This is glass that is strengthened by a treatment involving heating and then cooling it. This gives it a degree more strength than regular glass, enabling it to withstand all the shaking from going over bumps. As anyone who’s had their car broken into knows, it does still smash if someone hits it hard enough.

Rather than shattering into shards, it will break into harmless small chunks a bit like small pieces of shingle. And in a crash the majority of the glass is designed to move away from the car when it shatters.

Is it worth having laminated glass?

An ever-growing number of cars are being fitted with laminated glass at the sides. This is for two reasons: the cost of it is coming down and it makes cars quieter inside.

The knock-on benefit is improved safety and much better security. No longer will thieving scrotes be able to smash side windows to get into cars.

However, some drivers are concerned that they might be trapped inside their car after a crash (laminated glass can’t be smashed). In the unlikely event this happens, the emergency services have equipment that will get you out.